In 1968, the Berkeley Division of the Academic Senate created the Clark Kerr Award as a tribute to the leadership and legacy of President Emeritus Kerr.

The Clark Kerr Award recognizes an individual who has made an extraordinary and distinguished contribution to the advancement of higher education. Past recipients have come from inside and outside the Berkeley community, including former California Governor and Supreme Court Chief Justice Earl Warren, and past Chancellors Ira Michael Heyman and Chang-Lin Tien.

Mary Sue Coleman is the 2017 recipient of the Clark Kerr Award. 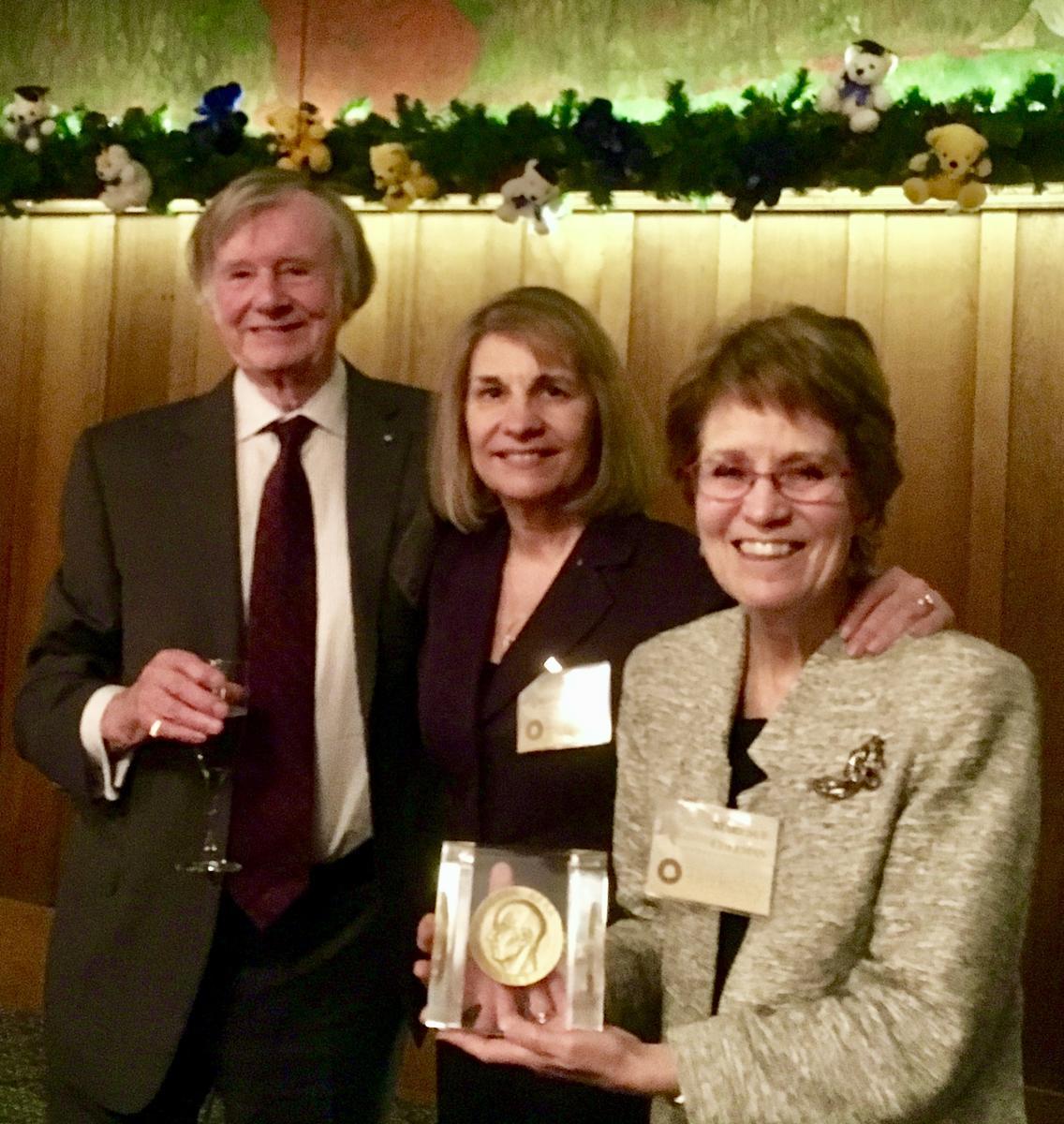 The University of California’s Berkeley Division of the Academic Senate honors Professor Mary Sue Coleman with the 2017 Clark Kerr Award for distinguished leadership in higher education. Professor Coleman is one of the most distinguished and accomplished academic leaders in the United States. She has been a tireless and effective spokesperson for public higher education, most especially for our great public research universities. She has been an articulate advocate for both their academic excellence and also their service to society, including in particular their role in achieving equity among all Americans.

Professor Coleman has, during her career as a faculty member and administrator, been a national leader in higher education. Time Magazine named her one of our nation's "10 best college presidents" and the American Council on Education honored her with its Lifetime Achievement Award in 2014.

At the University of Michigan, Professor Coleman oversaw a groundbreaking partnership with Google to digitize the university's seven million volume library, launched enduring partnerships with universities in China, Ghana, South Africa, Brazil, and India, revitalized student living and learning experiences through a residential life initiative, and worked tirelessly to promote economic revitalization and innovation within the state of Michigan. She played a critical leadership role in enabling the University of Michigan to transition to a new financial model in which, because of egregious state disinvestment in public higher education, state funding was reduced to less than 10% of the university's budget. Among other efforts, this involved leading a successful $3.2B campaign and launching a second $4B campaign.

In 2010, Professor Coleman was named by President Barack Obama to help launch the Advanced Manufacturing Partnership, and U.S. Commerce Secretary Gary Locke named her as co-chair of the National Council on Innovation and Entrepreneurship. Throughout her career, Professor Coleman has promoted the educational value of diverse perspectives in the classroom and within the academic community, and she has worked in numerous venues to improve access to higher education for all.

Professor Coleman has co-chaired "The Lincoln Project: Excellence and Access in Public Higher Education" under the aegis of the American Academy of Arts and Sciences. The Lincoln Project has carried out a comprehensive study of our nation’s public research universities. This has resulted in 5 highly impactful publications documenting: 1. "Why They Matter", 2. "Changes in State Funding", 3. "Understanding the Financial Model", 4. "Serving the Public Good" and 5. "Recommitting to Lincoln's Vision: an Educational Compact for the 21st Century". The final publication calls for a compact between state and federal governments, the universities, students and their families, business, foundations, and individual philanthropists. Professor Coleman and her Lincoln Project colleagues have recommended a number of detailed actions which would guarantee excellence and access in our great public research universities far into the future; they are now working to effect these strategies.

Professor Coleman has received many honors throughout her distinguished career including membership in the American Academy of Arts and Sciences, the National Academy of Medicine, and the American Association for the Advancement of Science.

She has received honorary doctorates from a large number of institutions. Clearly, she represents an exemplary recipient of the 2017 Clark Kerr Award.  She would bring honor to the award just as it would bring honor to her. We cannot imagine a more deserving awardee for the Academic Senate's highest honor.