Richard C. Atkinson and C. Judson King III are the 2018 recipients of the Clark Kerr Award.

In 1968, the Berkeley Division of the Academic Senate created the Clark Kerr Award as a tribute to the leadership and legacy of President Emeritus Kerr.

Dr. Atkinson and Dr. King performed exemplary and exceptional service for the University of California during the eight years they were together in office as President and Provost of the system, respectively.  In recognition of this service and of their numerous further achievements as distinguished educators, we find it most appropriate to present them as joint recipients of the Clark Kerr Award. 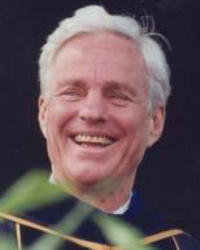 UC President Emeritus Richard C. Atkinson received his Ph.D. in experimental psychology and mathematics from Indiana University in 1955. As a professor of psychology at Stanford University from 1956 to 1975, he produced seminal research in word recognition and search processes in recognition memory. In collaboration with Patrick Suppes, he created one of the first computer-controlled systems for teaching reading to elementary-grade children.

Atkinson accepted a temporary appointment as deputy director of the National Science Foundation in 1975. This expanded into a five-year tenure with three years as director. He guided the agency through what one commentator called “a rebuilding from the ravages of the Nixon anti-science era," skillfully defending peer review and basic research against Congressional and media attacks. The first memorandum of understanding between the People’s Republic of China and the United States, an agreement for the exchange of scientists and scholars, was negotiated and signed by Chairman Deng Xiaoping and President Jimmy Carter during his directorship. Many of Atkinson's innovations have had far-reaching consequences including elevating engineering to a full directorate at the National Science Foundation and laying the foundations for the 1980 Bayh-Dole Act, which transferred intellectual property rights in federally-sponsored research from the U.S. government to universities.

Atkinson served as President of the University of California system from 1995 to 2003 following his tenure from 1980 to 1995 as Chancellor of the University of California, San Diego. Atkinson's period as UC President reflected such major issues facing California as the state’s emergence as the world’s leading knowledge-based economy and the rapidly expanding size and diversity of its population. His administration shaped UC in this changed environment by a shift to race-neutral admissions, responding to challenges to academic libraries, establishing the California Digital Library, and encouraging industry-university research. An outstanding example of Atkinson's presidential leadership was his recommendation that the University of California eliminate the SAT I as an admissions requirement. He argued that it was unfair to students because it was grounded in “ill-defined notions of aptitude.” Atkinson's challenge inaugurated a national debate on the relative merits of aptitude versus achievement tests and ultimately led to a major revision of the SAT. 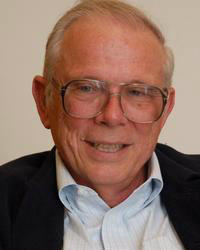 Provost Emeritus C. Judson King III is an equally meritorious administrator and researcher. His career of research and academic leadership for the Universiy of California extends over a period of 55 years. He has served with distinction in a variety of academic and administrative posts both at the UC Berkeley campus and at the University of California system-wide.

King graduated with a Sc.D. in chemical engineering from the Massachusetts Institute of Technology in 1960. He joined the faculty of UC Berkeley’s Department of Chemical Engineering in 1963. He is currently a faculty associate of the Center for Studies in Higher Education (CSHE) and professor emeritus of chemical and bio-molecular engineering. He served as the director of CSHE from 2004 to 2014, focusing on systemic and institutional issues in higher education as well as those specific to engineering disciplines. And he acted as Interim Director of the Phoebe A. Hearst Museum of Anthropology from 2007 to 2009.

He was Provost and Senior Vice President for Academic Affairs of the University of California system (1995-2004), and before that system-wide Vice Provost for Research for a year. Among his various administrative responsibilities, he provided strong leadership in adapting admissions policy to address the requirements of Proposition 209 (the end of affirmative action), restructured the UC Press, and guided expanded outreach efforts to support access for California students, including the university’s summer and education abroad programs. He also coordinated the planning for the 10th UC campus at Merced.

At UC Berkeley, King served as Provost for Professional Schools and Colleges (1987-1994). He chaired a planning group that defined the School of Information Management and Systems (now the School of Information) and oversaw the launching of the California Digital Library and its eScholarship project. He was the first chemical engineer to serve as dean of the College of Chemistry (1981-1987), and he served as chair of the Department of Chemical Engineering (1972-1981).