J. Michael Bishop, Chancellor Emeritus of UC San Francisco and John L. Hennessy, President Emeritus of Stanford University, are recognized this year for their contributions to higher education and for having led transformational change at their respective institutions.

J. Michael Bishop and John L. Hennessy are the recipients of the 2020 Clark Kerr Award. 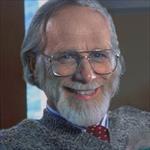 J. Michael Bishop earned his undergraduate degree in chemistry from Gettysburg College and a medical degree from Harvard Medical School, where he began his research on animal viruses and the genes they carry. Following internship and residency at Massachusetts General Hospital, and postdoctoral training at the National Institutes of Health, he joined the UC San Francisco faculty as an assistant professor in 1968, beginning a meteoric career. In 1981 he was appointed as director of the G. W. Hooper Research Foundation at UCSF.

In the early 1980s, Dr. Bishop became the director of the now-famous Program in Biological Sciences (PIBS), which was a pathbreaking interdisciplinary program in graduate education that broke down the traditional academic training silos, enabling students to pursue their interests and training wherever their research led, and which was influential in the reorganization of biology at Berkeley.

Dr. Bishop’s research attracted many of the best and brightest young scientists interested in discovering the molecular basis for cancer.  One of these, Harold Varmus, was also appointed to the UCSF faculty and the two worked closely together to uncover how a cell’s growth regulating genes become damaged and lead to cancer. They also discovered that cancer-causing viruses of animals highjacked these cellular genes, reprogramming their expression and leading to cancer.  The importance of their discoveries was recognized by the award of the Nobel Prize in Physiology or Medicine to Dr. Bishop and Dr. Varmus in 1989. Following their training with Dr. Bishop, many of his former trainees now constitute a Who’s Who of leaders in biomedicine at academic institutions throughout the nation and the world.  Others have been pioneers of the biotechnology revolution, including Arthur Levinson, who served as CEO of Genentech during its most important growth phase.

In 1998 Dr. Bishop was appointed as the 8th Chancellor of UCSF and holds the record for the longest-serving Chancellor of that campus.  He shares with Berkeley’s Glenn Seaborg the distinction of being the only Nobel Laureates to serve as Chancellor in the UC System.  As Chancellor, faced with the critical shortage of space at the original UCSF campus in Parnassus Heights, Dr. Bishop oversaw the largest biomedical academic expansion in the country with the establishment of the Mission Bay Campus of UCSF, which has led the transformation and revitalization of the entire South of Market region of San Francisco. 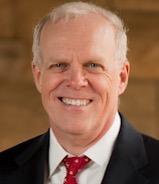 John L. Hennessy grew up in New York, earning  a degree in electrical engineering from Villanova University, and then attending Stony Brook University, where he earned a Ph.D. in computer science in 1977. Hennessy started as a Stanford University faculty member in 1977 and served as President of Stanford from 2000 to 2016.

In his early career, Hennessy made myriad impactful contributions in computer science research and education. Hennessy has received acclaim for, among other things, his work on reduced instruction set computer (RISC) processors, his work on high-performing cache hierarchies and his work on the Stanford FLASH multiprocessor. In 2017, Hennessy won the A. M. Turing Award, generally considered to be the top honor for researchers in computer science, for his work on RISC processors, which are included in 99% of new computer chips. Hennessy also received the Institute of Electrical and Electronics Engineers’ Medal of Honor in 2012 for this pioneering work.

In addition, Hennessy has made important contributions to computer science education. His two textbooks, Computer Organization and Design: the Hardware/Software Interface and Computer Architecture: A Quantitative Approach, have been used prominently in graduate and undergraduate computer science classes since the early 1990s. Prior to his time as president of Stanford, Hennessy served as the director of Stanford’s Computer System Laboratory, as chair of the Department of Computer Science, dean of the School of Engineering, and as provost.

As President of Stanford, one of Hennessy’s key objectives was to increase the affordability of and access to higher education. During his tenure, Stanford’s financial aid system became one of the strongest in the world. His tireless work brought immense benefits to students across many levels and types of education, from the arts to the sciences and from undergraduate to graduate students.  One of Hennessy’s signature legacy programs is the Knight-Hennessy Scholars program, which began in 2016 and has a $750 million endowment to fully fund graduate students across all disciplines at Stanford.

Hennessy has also had important impacts in directly translating his expertise into the business world. He has served on the boards of Atheros Communications and Cisco Systems and currently serves as chairman of the Board for Alphabet Inc. He has strengthened links between the business and academic communities in a manner that fosters intellectual growth and preserves academic independence.