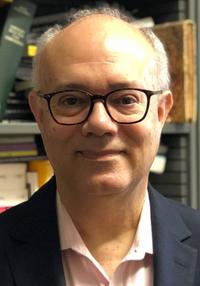 Professor Ignacio Navarrete has an outstanding record of Academic Senate service dating back to the mid 1990s, and has been especially active in dealing with issues of educational policy. He has also served for many years on Divisional Council.

His committee service started in 1996 when he joined the Committee on Courses of Instruction. Since 2002, Ignacio has served on the Committee on Educational Policy (CEP) for no fewer than eight years, concluding in 2011 with two years as committee chair.  He also served on the systemwide Committee on Educational Policy (UCEP) in 2007-08. After serving two years (1996-98) on COCI, Ignacio served for five years on the Committee on International Education, including a year as chair (2000-01) and a further year as vice-chair (2003-04). As this record already shows, his service is characterized by his willingness to take on leadership positions. Professor Ula Taylor, current chair of Committee on Committees (COMS), writes that: “The generosity with which he has made himself available in response to Senate needs is amply demonstrated by the fact that he agreed to serve as the chair of AMCULT [the American Cultures Subcommittee] in 2011, after the previous chair resigned and left a vacancy that COMS struggled for months to fill.  Despite the fact that Professor Navarrete had not previously served on the committee, and despite the fact that he was serving as chair of his own department at the time, he agreed to step in as chair of AMCULT and served in that capacity through 2013.”

No Senate committee is more important than Admissions, Enrollment, and Preparatory Education (AEPE). Since 2013 he has served on AEPE nearly every year, and since 2016 has been the committee’s chair. Professor Kim Voss, who worked closely with Ignacio, reports on his service as follows: “I served on AEPE for four years, three as Vice Chair. Ignacio chaired the Committee two of those years and I feel very fortunate to have served during that time. Ignacio became chair of the committee at a complicated and difficult moment. We were in the midst of an effort to reform Berkeley’s admission policies to make them fairer, a critical task given that competition for spots in the freshman class had grown to historic levels. Some of our reforms, notably our effort to give all applicants the opportunity to submit letters of recommendation, met with fierce resistance at the systemwide level. Ignacio dealt with the situation masterfully. His judgment was excellent and his diplomatic skills were matchless.”

Colleagues greatly respect and admire Ignacio’s dedication and commitment to excellence. As Professor Mark Brilliant nicely summarized “He leads in the best way: by example. He is always deeply informed about the matters at hand and guides the conversations about them deftly and graciously.” Professor Robert Powell, Division chair for 2016-17, also supports this nomination with great enthusiasm.

In Professor Navarrete, the campus has a stellar and exemplary recipient of the Berkeley Faculty Service Award. 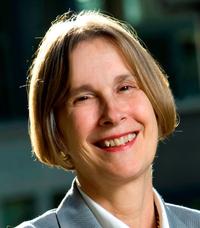 Professor and Chair of the Real Estate Group

Professor Nancy Wallace has a long history of outstanding service to committees of the Academic Senate and also in various important roles on behalf of the campus community at large.  For three years (2006-09) she was a member of the Committee on Courses of Instruction (COCI). In 2012-13, she served on the Committee on Academic Planning and Resource Allocation (CAPRA).  Through the next two years she continued her service on CAPRA, first as co-chair (Fall 2013) and then as sole chair (Spring 2014 through Fall 2015). She even returned to the committee after a semester of leave as a member for a full further year (2016-17).

As chair of CAPRA, Nancy co-chaired the Gimlet Group where she worked with other Senate representatives and campus administrative officers on a series of onerous financial issues. These issues included the budget of intercollegiate athletics.  From 2013 to 2015, Nancy also served on the University Athletics Board and on a task force charged with advising the campus concerning strategic banking relationships.   During this period she worked to develop a funding model on Lower Sproul Plaza redevelopment and provided valuable insight into the leasing structure of the project. That work, now fully completed, has greatly enhanced this central space for its daily use.

Beyond the Academic Senate Nancy has served the campus in many further ways. In 2008, owing to her expertise on residential mortgage markets, she was recruited by the Office of the President to serve on the Systemwide Committee on UC Faculty Mortgage Programs.  She was also drafted by the campus’s then-vice-chancellor for administration and finance to play a major role in the financial planning for the Memorial Stadium, serving on the Stadium Visioning Committee from summer 2013-fall 2014. This committee, which involved all of the stakeholders in the stadium, delivered an impressive blueprint for expanding the stadium’s uses.

During the past 10 years, Nancy has devoted extraordinary time and energy to the campus’s day-to-day well-being. She has utilized her expertise in the areas of finance and real estate to help the campus deal with several large and complicated financial issues involving construction projects and financial organization; all with significant long-term implications. In recognition of her “selfless dedication”, we quote the conclusion of a long letter from her Haas School colleagues, Professor Richard Stanton and Associate Dean Candace Arai Yano: “Very few faculty are so committed to the campus that they are willing to invest long hours and their intellectual prowess in improving the financial stability of the campus. We note that Nancy is equally dedicated in her service to the Haas School, where she has served as Chair of the Real Estate group essentially ‘forever’.”

As due recognition for her exceptional committee and administrative service, we enthusiastically recognize Professor Nancy Wallace for the 2019 Berkeley Faculty Service Award.