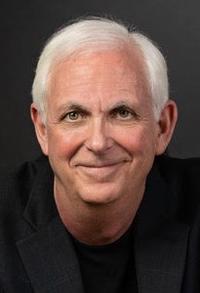 The Ida Mae and William J. Eggers Chair in English

Professor Jeffrey Knapp, The Ida Mae and William J. Eggers Chair in English, has a long history of outstanding service to committees of the Academic Senate and also in various important roles on behalf of the campus community at large. Professor Knapp’s extensive service has delivered enormous benefits to his Berkeley colleagues.

Professor Knapp’s tireless service to the Academic Senate dates back to 1990, the first year he joined the faculty in English. Since then he has served almost continuously on the Academic Senate with the only interruptions by system-wide service (2003-2004, 2011-12, 2014-15), due to chairing his department (1996-99), sabbaticals, and fellowships. Among these various Senate services ranging from Committee on Prizes to Faculty Welfare and the Panel of Counselors as chair (2016-18), Professor Knapp has chaired two exceptionally demanding and important committees: Budget and Interdepartmental Relations (2010-11) and Privilege & Tenure (2003-2004, Fall 2004). In addition to serving for many years as a member of various Senate committees, Professor Knapp was also a member of the Task Force on Faculty Compensation for the Haas School (2011-12) and the Joint Administrative- Senate Task Force on the Budget (2010-11). This is an extraordinary record of Professor Knapp’s commitment to Berkeley.

In addition to chairing the UC Committee on Academic Personnel (2014-15; member and vice chair, 2011-13), Professor Knapp chaired the UC Senate Working Group on APM 210. Professor Knapp was also a member of the Joint Administrative and UC Senate Working Group on Total Compensation (2014-15). This service bears particular significance in enhancing Berkeley’s capacity to retain and recruit the world’s best researchers and teachers. 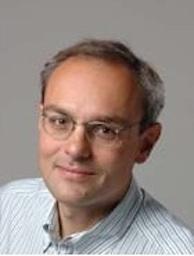 Professor Papadopoulos has worked passionately and tirelessly in addressing issues of importance to the faculty and to the student body. During his time on CAPRA and as Division chair, he played a pivotal role in bringing faculty voices on finance and budgeting issues.

During his time as Division chair, Professor Papadopoulos led the Senate in reforming the undergraduate admissions process and in particular in refining the procedures for the admissions of student athletes. He was involved in establishing the Undergraduate Council as a body to parallel the Graduate Council. The Undergraduate Council advises the Senate on matters related to undergraduate curriculum development and on issues related to the quality of undergraduate student life.  For several years, he was one of the prime movers to establish a residential college on the UC Berkeley campus, Bowles Hall. Bowles Hall was reimagined as a coed space and developed via an innovative private/public partnership.

Panos Papadopoulos is a Berkeley lifer. His colleagues note that outside his family, his great passion is Cal. He cares deeply about it, and formally and informally strives to improve it.