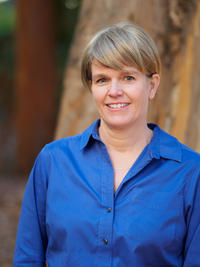 The Committee on Diversity, Equity and Campus Climate has chosen Professor Rebecca Heald as the recipient of the 2018-19 Henkin award because of her contributions to promoting diversity in the sciences at UC Berkeley and especially to the Department of Molecular and Cell Biology (MCB). She has helped improve the climate in MCB through her thoughtful mentoring and advising and through her careful development of new institutions and governance within the department. This includes organizing joint events to strengthen connection and climate between MCB and Integrative Biology, developing the diversity statement that is now on all MCB syllabi, and revamping norms in evaluating applications for faculty positions within a package of cluster hiring across units in biological sciences on campus.

Professor Heald is also a first-rate international leader in research. She is recognized for her path-breaking work in mictrotubules, mitotic spindles, and dynamics in mytosis. We are especially delighted to present this award to such an impressive model for Berkeley faculty in the excellence of her research contributions and her commitment to diversity.

The many letters written to support of Professor Heald were impressive in their breadth of representation by undergraduate students, research assistants, graduate students, postdocs, staff, and faculty. Professor Heald’s dedication and generosity has influenced a generation of new scholars, who will pass these values forward. As one of her former postdocs wrote: “Being a part of Rebecca’s scientific lineage, I feel that the mentoring I received from her has helped my mentoring abilities and she shares in the diversity work that I do in science.” The letters suggest that much of her success in promoting diversity has to do with the warm climate and support she provides in her own spaces. Another letter wrote: “In some labs on campus, the second you set foot in the door, you feel a sense of tension. But the second you set foot in Rebecca’s lab, you feel welcome. People smile and greet you, there’s just a warm, friendly air about the place. We think that says a lot.”

We thank Professor Heald for her strong commitment to promoting diversity, which is especially impressive given the excellence and importance of her simultaneous research contributions. The biological sciences at Berkeley owe Professor Heald a great debt.  We are delighted to shine some light on such an excellent example for Berkeley faculty by awarding Professor Heald the 2018-19 Henkin Award.