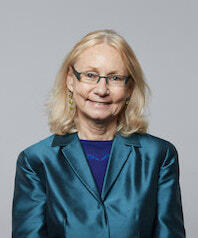 Alice Agogino, Professor of Mechanical Engineering, has an outstanding record of service to both the Berkeley Division of the Academic Senate and the broader campus. Her service has been characterized by an unflagging commitment to diversity and inclusion, an inspiring imagination, along with an exceptional ability to collaborate with individuals from different academic areas, leveraging the complementary expertise that each brings to a task or decision. During her decades at Berkeley, Alice has seamlessly woven service into her teaching and research, and vice versa, modeling to countless students the inseparability of service and distinguished scholarship, and inspiring them to live lives of service.

Alice’s most prominent Senate role was serving as Vice Chair and Chair of the Berkeley Division of the Academic Senate, from 2004 to 2006. This role brought membership in numerous different committees both at Berkeley and Systemwide. Long before this, Alice had chaired the Computing and Communications Committee, co-chaired the Academic Planning Board Task on Instructional Technology, and served on countless other campus-wide administrative committees and task forces. She has subsequently served on the Committee on Rules and Elections, and chaired the Senate Athletics Council, along with providing extensive service to her department and the College of Engineering, most notably as Secretary and Chair of the College of Engineering Faculty.

Much of Alice’s service has been driven by her commitment to equity and inclusion in the institution, particularly in STEM fields. In addition to serving on the Senate Committee on the Status of Women and Ethnic Minorities, Alice has provided numerous advisory boards and working groups at the campus and Systemwide level with incisive input on early education, outreach (particularly to underserved communities), recruitment and retention efforts, climate, and family-friendly policies. She has personally mentored many underrepresented students, both graduate and undergraduate. Alice has also served as PI for grants supporting such efforts and written widely on the findings.

In the last couple of decades, Alice has built on her earlier service to collaborate with others across campus to create imaginative, interdisciplinary academic programs that embody the principles of service. The first of these was the minor in global poverty and practice offered by the Blum Center, where she championed engineering-based strategies. This led to the designated emphasis and now the Master’s in Development Engineering. Alice was also instrumental in establishing the Jacobs Center for Design Innovation, offering some of the earliest classes on design for underserved communities.

In summary, Alice Agogino provides an inspiring and compelling example of why it is important to recognize distinguished service. Not only is her service distinguished, but it is integral to her academic work. 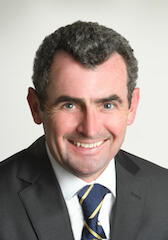 Associate Dean for Graduate Education in the Division of Computing, Data Science, and Society

Oliver O’Reilly, Professor of Mechanical Engineering, has an extraordinary record of serving in the Academic Senate since 1999. Over the last two decades, his dedicated, thoughtful commitment, varied contributions, and robust leadership have made a decisive difference for the welfare and intellectual pursuit of our community. He was the Vice Chair and Chair of the Berkeley Division from 2018 to 2020. He chaired the Student Information Systems (SIS) Faculty Advisory Committee in 2016-18 and the Committee on Special Scholarships in 1999-2001. In 2007-2008, he co-chaired the Committee on Teaching as well as the Joint Administration-Senate Task Force on Teaching Evaluations. He was elected multiple times into the Divisional Council (2008-2010, 2013-15), and he served as a member in a wide range of other committees, boards, and task forces including the KALX Radio Policy Advisory Board, the Graduate Student Instructor Teaching and Mentoring Task Force, the Steering Committee of the Center for Faculty Leadership and Outreach, the Reading and Composition Task Force, and the College of Letters & Sciences Advisory Board for College Writing Program. Simply put, as one of his nomination letters put, “few on our campus have served our students so extensively, and fewer still have served so well.”

In 2019 - 2020, as the Chair of the Berkeley Division, he confronted the double challenge of rampant wildfires and the COVID-19 pandemic. He demonstrated unwavering leadership, providing swift responses and effective guidance on instruction planning, medical precautions, and adjusted grading policy. He played a key role after the campus shutdown in March 2020 by coordinating the campus efforts to implement, manage, and improve delivery of remote instruction. He was also critical in efforts over the summer to establish training programs and mechanisms for faculty, GSIs and undergraduates concerning online teaching and learning. His spirited resilience and positive “can-do” attitude shone forth and helped us all rise to challenge after challenge, maintaining our continual pursuit of success on the solid foundation of public health and safety.

Even more to his credit, Professor O’Reilly co-created and co-chaired the 150W History Project, his signature initiative in celebrating the remarkable women from the UC campuses over the past 150 years. He shows us how reflection on the past informs an inspiring future. In that spirit, we commend his invaluable contributions to the Academic Senate as a role model for future generations.