Constance M. Carroll, Chancellor Emerita of the San Diego Community College District and Timothy P. White, Chancellor Emeritus of California State University, are recognized this year for their contributions to higher education and for having led transformational change at their respective institutions.

Constance M. Carroll and Timothy P. White are the recipients of the 2022 Clark Kerr Award. 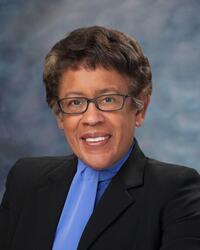 Dr. Constance M. Carroll is known for her distinguished career as a leader in higher education in California, with especially notable contributions to the Community College system. Most recently she served 17 years as Chancellor of the San Diego Community College District, a District that serves 105,000 students, making it one of the largest Community College systems in the United States and sixth largest in the nation. Prior to serving as Chancellor, Dr. Carroll served 11 years (1993-2004) as President of San Diego Mesa College, one of the colleges within the San Diego Community College District. Her dedicated efforts and leadership have increased funding, needed investments in infrastructure, and have led to increased access to community college education for thousands of Californians.

Dr. Carroll obtained her BA degree in Humanities from Duquesne University, and her Ph.D. in classics from the University of Pittsburgh. Early in her career, she was Director of Freshman Advising at the University of Pittsburgh, where she received the University’s Distinguished Teaching Award (1971). She rose quickly to leadership positions. At age 31, she became president of Indian Valley Colleges in Marin County, making her the youngest black woman College president in the United States. Subsequently, Dr. Carroll was appointed President of Saddleback College in Orange County, California, a position in which she served from 1983-1993. Among her many leadership positions in higher education, Dr. Carroll led the creation of the California Community Colleges Baccalaureate Association (CCCBA) and served as its President. This nonprofit organization is dedicated to increasing four-year degree offerings at the state’s 116 community colleges.

Dr. Carroll has received national and international recognition for her leadership. Dr. Carroll was nominated by President Barack Obama in 2011 to serve a six-year Senate-confirmed term on the National Council on the Humanities. She is known for her support of tuition-free education, serving most recently on the College Promise National Advisory Board, a nonpartisan group that promotes tuition-free Promise programs across the country. Among many others honors, Dr. Carroll received the 2007 Marie Y. Martin CEO Award, given to the top-rated community college CEO in the nation by the Association of Community College Trustees (ACCT). In 1992, Dr. Carroll was named “President of the Year” by the American Association of Women in Community Colleges (AAWCC). In 1996, she received the “Harry Buttimer Award,” which is the top honor for a California Community College chief executive officer. 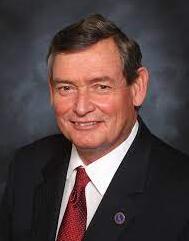 Timothy P. White has provided distinguished service for both the UC and CSU systems, along with other public universities.  Moreover, his own path exemplifies the brilliance of Clark Kerr’s vision when creating the California Master Plan for higher education. Born in Argentina, White immigrated to California as a child.  As the first in his family to pursue higher education, he attended Diablo Valley College, earned a BA from Cal State Fresno and MA from Cal State East Bay.  He then earned his PhD in exercise physiology from Berkeley.

As an academic leader, White served as dean, provost and executive vice president at Oregon State University, Corvallis from 1996 to 2004.  From 2004 to 2008 he was president of the University of Idaho, Moscow, where he reinvested resources in: science and technology; liberal arts and sciences; entrepreneurial innovation; the environment; and sustainable design and lifestyle.  As Chancellor of UC Riverside from 2008 to 2012, White led enrollment growth and strategic planning, securing gifts and financing for a new School of Medicine.  From 2012 to 2020 he headed the entire CSU system as Chancellor, overseeing 23 campuses, with an enrollment of almost half a million students at the time of his retirement.  One of White’s lasting accomplishments was launching the Graduation Initiative 2025 effort to increasing graduation rates for undergraduates, and close the equity gap between underserved students and their peers.  In 2019 the six-year graduation rate for first time students had grown to 62.1% and the four-year graduation rate for transfer students to 77.5%.  To improve graduation rates and time-to-degree, White recruited more faculty and advisors, adding classes and removing administrative hurdles.  White’s commitment to diversity at the highest levels is reflected by the fact that by 2018, 12 of CSU’s 23 campuses were headed by female presidents.